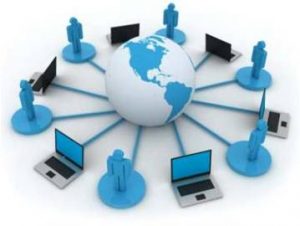 Have you ever attended a sporting event or theatrical performance?

Most of us have.

At some time have you been sitting there when someone else starts applauding or gets up to give a standing ovation? Ever noticed what happens when people do this?

The people around them start to join in.

Often reluctantly at first, unsure whether they will look foolish or out of place. One person gets up, then nearby another joins in, then another a few rows away, then another further around. The people in front hear the commotion, turn around and then they start to join in. The people further back see what’s happening ahead of them and they join in.

Yet the sound of just one person would have been barely heard in an arena capable of holding nearly 100,000 fans. Similarly, if you asked anyone in that crowd if they felt that they could influence the behavior of the rest of the crowd I am sure that most people would say ‘No’.

But all it takes is one or two individuals to stand up and start the applause.

No one actually inspires the whole crowd to stand up and applaud. Each individual or small group is actually just influencing the people around them – perhaps the people that can see and hear them. Often it is people that know they should be applauding but hadn’t started because they didn’t want to stand out. Or perhaps they hadn’t noticed whatever started the applause.

It is undeniable, however, that the actions of one person can and will influence the actions of those around them. The extent to which this influence extends is sometimes referred to as the sphere of influence.

Now imagine that you are looking to change something in your workplace, to improve some practices or processes to deliver a better outcome.

The people around you do look at the way you operate and the way you behave. Maybe not directly, just as we don’t look to the person in the row in front of us to tell us when to clap and cheer.

All of this is your sphere of influence – use it wisely.

The Advanced Spare Parts Management Course covers all the issues faced during the spare parts inventory management lifecycle.
Click here to read more and to join

Our Pro Level Membership will equip you with the know-how and skills to effectively optimize and manage all aspects of your spare parts inventory.
Click here to read more and to join

Let us introduce you to someone that can solve your spare parts problems.

Contact us for a confidential discussion and a possible introduction to one of our Trusted Network.
Read more...